Year-end tax planning this year may present some challenges this year due to the uncertainty surrounding many expired tax breaks for individuals and businesses. Tax legislation signed into law last December extended several expired breaks, but only through the end of 2014.

While Congress continues to review legislation that will further extend (or even make permanent) some expired tax provisions, it’s difficult to predict what will be included in the final bill. Fortunately, although there are some year-end tax planning strategies that can’t be implemented until after tax legislation is signed into law, there are still many that can be implemented right now.

Individuals can often minimize their tax bills by deferring income to the next year and accelerating deductible expenses into the current year. One way to defer income, for example, is to ask your employer to pay your year-end bonus in early 2016 rather than in 2015.

Remember that when you use a credit card to pay expenses or make charitable contributions this year, you can deduct them on your 2015 return even if you don’t pay your bill until 2016.

Other year-end tax planning strategies to consider include:

Reducing capital gains is particularly important if you’re subject to the net investment income tax (NIIT), which applies to taxpayers with modified adjusted gross income (MAGI) over $200,000 ($250,000 for married couples filing jointly). The NIIT is an additional 3.8% tax on the lesser of either your net income from capital gains, dividends, taxable interest and certain other sources or the amount by which your MAGI exceeds the threshold.

In addition to reducing your net investment income by generating capital losses, you may have opportunities to bring your MAGI below the applicable NIIT threshold by deferring income or accelerating certain deductions.

If you plan to make charitable donations, consider donating highly appreciated stock or other assets as opposed to cash. This strategy is particularly effective if you own appreciated stock you’d like to sell but you don’t have any losses to offset the gains.

Donating stock to charity allows you to dispose of the stock without triggering capital gains taxes while still claiming a charitable deduction. You can then take the cash you’d planned to donate and reinvest it in other securities.

Keep an eye on Congress. If certain expired tax breaks are extended before the end of the year, you may have some last-minute planning opportunities. Expired provisions include tax-free IRA distributions to charity for taxpayers age 70½ and older, the deduction for state and local sales taxes, and the above-the-line deduction for qualified tuition and related expenses.

Accounting for the Possible Revival of Expired Business Tax Breaks

Year-end tax planning for businesses often focuses on acquiring equipment, machinery, vehicles or other qualifying assets to take advantage of enhanced depreciation tax breaks. Unfortunately, the following breaks were among those that expired on December 31, 2014:

Before 2015, Sec. 179 permitted businesses to immediately deduct, rather than depreciate, up to $500,000 in qualified new or used assets. The deduction was phased out, on a dollar-for-dollar basis, to the extent qualified asset purchases for the year exceeded $2 million. Because Congress failed to extend the enhanced election beyond 2014, these limits have dropped to only $25,000 and $200,000, respectively.

Also expiring at the end of 2014, this provision allowed businesses to claim an additional first-year depreciation deduction equal to 50% of qualified asset costs. Bonus depreciation generally was available for new (not used) tangible assets with a recovery period of 20 years or less, as well as for off-the-shelf software. Currently, it’s unavailable for 2015 (with limited exceptions).

Lawmakers may restore enhanced expensing and bonus depreciation retroactively to the beginning of 2015, but they probably won’t take any action until late in the year. In the meantime, you can handle qualified asset purchases in these ways:

Keep in mind that, to take advantage of depreciation tax breaks on your 2015 tax return, you’ll need to place assets in service by the end of the year. Paying for them this year isn’t enough.

Other expired tax provisions to keep an eye on include the research credit, the Work Opportunity credit, Empowerment Zone incentives, and a variety of energy-related tax breaks.

As always, consider traditional year-end tax planning strategies, such as deferring income to 2016 and accelerating deductible expenses into 2015. If your business uses the cash method of accounting, you may be able to defer income by delaying invoices until late in the year or accelerate deductions by paying certain expenses in advance.

If your business uses the accrual method of accounting, you may be able to defer the tax on certain advance payments you receive this year. You may also be able to deduct year-end bonuses accrued in 2015 even if they aren’t paid until 2016 (provided they’re paid within 2½ months after the end of the tax year).

But deferring income and accelerating deductions isn’t the best strategy in all circumstances. If you expect your business’ marginal tax rate to be higher next year, you may be better off accelerating income into 2015 and deferring deductions to 2016. This strategy will increase your 2015 tax bill, but it can reduce your overall tax liability for the two-year period.

Finally, consider switching your tax accounting method from accrual to cash or vice versa if your business is eligible and doing so will lower your tax bill.

Be Aware of the Affordable Care Act’s Information Reporting Deadlines

Something else to think about on the tax front as we approach year-end is the upcoming deadline for the Affordable Care Act’s information reporting provisions for applicable large employers (ALEs). ALEs — generally those with at least 50 full-time employees or the equivalent — must report to the IRS information about what health care coverage, if any, they offered to full-time employees.

The reporting deadline is February 28 (March 31, if filed electronically) of the year following the calendar year to which the reporting relates. Smaller employers that are self-insured or part of a “controlled group” ALE will also have reporting obligations.

With the deadline approaching, now is the time for affected employers to begin assembling the necessary information. The compliance obligation will likely require a joint effort by the payroll, HR, and benefits departments to collect the relevant data.

Contact your Untracht Early representative about how to best implement these  year-end tax planning strategies available today so that you are poised to act quickly when tax legislation is signed into law. 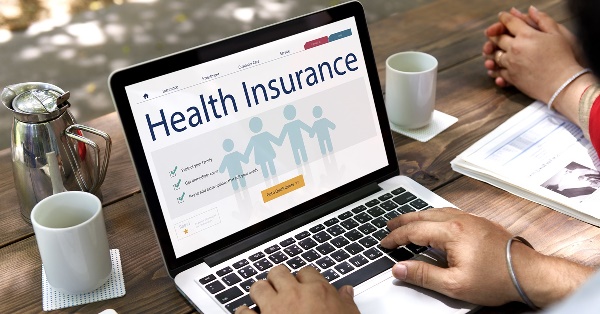 Assurance Senior Melissa Nardini: “My CPA Exam Journey” with the... Why Your Health Insurance Company Is Asking You for Your Social Security Nu...
Scroll to top