If you’re currently divorced or are in the process of dissolving your marriage, understanding how the Tax Cuts and Jobs Act (TCJA) has changed the tax treatment of alimony for both the payor and the recipient is important.  While an alimony payment deduction had previously been granted to the spouse making the payments, the TCJA reversed the long-standing tax treatment by making alimony payments permanently non-deductible. 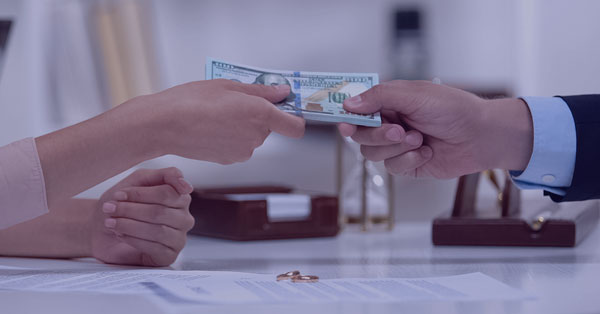 It’s important to note that the TCJA doesn’t impact any divorce or separation agreements already in existence during 2018 or prior to that year, unless a modification has been made to the original agreement that expressly states that a spouse can take advantage of the new TCJA rules for alimony payment deductibility.  For example, if the spouses’ income levels have changed since the time of their separation or divorce and a modification to the original agreement clearly provides, in writing, that the spouses can use the TCJA tax treatment rules on alimony payment deductibility, even those who have divorced before the provisions were enacted can then take advantage of the TCJA rules.

This reversal is certain to alter the landscape of how alimony is negotiated during a separation or divorce as paying spouses will see even less of a benefit without the aid of an alimony payment deduction to help offset the cost of paying the alimony, itself.  If the paying spouse successfully argues that he or she can only afford to pay less than what they previously would have been able to afford under the old rules because he or she can no longer claim a deduction, the courts may factor that consideration into the final agreement.  However, although the recipient receives the alimony payments, tax-free, he or she may still walk away from the relationship with less money in their pocket because of the reduction in the overall alimony settlement the courts awarded the payor.  In this situation, depending upon the tax brackets each spouse falls into, the old alimony payment rules may be more beneficial for one party or the other.

Consulting with your accountant, as well as your attorney, while navigating separation and divorce to help educate yourself on how to negotiate an alimony arrangement so that it’s as tax-advantaged as possible, is a good idea. Similarly, if you’ve already gone through a divorce or separation but either partner’s income level has changed since an agreement was struck, it may make sense to revisit your agreement to see whether or not a modification could improve your taxation situation.

For more information on alimony payment deductibility and the TCJA’s impact on it, contact your Untracht Early advisor.