By a narrow margin of 5-4, the Supreme Court voted yesterday to overturn an outdated 1992 ruling in the case of Quill v. North Dakota and rule in favor of a challenge issued by South Dakota in the subsequent case of South Dakota v. Wayfair. 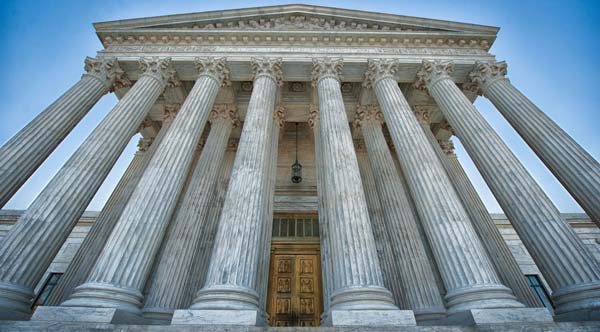 The Quill ruling determined that only retailers who had a physical presence in a state would be compelled to collect and remit sales tax to that state. The ruling essentially favored out-of-state retailers by leaving the states in which those retailers conducted their business largely powerless to enforce the collection of sales tax from in-state buyers.

While the Quill ruling may have been more appropriate in the 90s, with the introduction and explosion of online shopping and the growing numbers of consumers purchasing through the internet, this ruling is today costing states billions of dollars in revenue from nexus taxing opportunities that aren’t being imposed.

Leading the charge for the more than 40 states that have been affected, South Dakota took aim at three large online retailers in the South Dakota v. Wayfair case (Wayfair, Overstock.com, and Newegg). The case upholds a 2016 South Dakota law which mandates that any out-of-state seller that sells in excess of $100,000 of goods or services into the state or conducts 200 or more transactions in the state over the course of a calendar year collect and remit a 4.5% sales tax to the state. In order to compel such retailers to abide by the law, South Dakota filed a judgment against the three retailers to help set the stage for enforcement.

While the Supreme Court justices essentially agreed that it was time to overturn the Quill ruling which they deemed gives remote sellers an advantage over local and some interstate businesses, they disagreed on whose responsibility it was to impose course correction measures. While the five judges who effected the change felt it was, in fact, the Supreme Court’s place to rule, the remaining judges felt it should be left to Congress to enact legislation that establishes a national standard for online sales and use tax collection.

With more action around this topic decidedly on the horizon, Untracht Early will continue to monitor and inform you of forthcoming legislation on this matter and how it may impact consumers in different states.

If you have questions about this ruling or sales and use tax, please contact your Untracht Early advisor.