Among the changes made by the recently enacted Bipartisan Budget Act of 2015 is a complete rewrite of the partnership audit rules. The new rules, which take effect in 2018 (for tax years beginning after 2017), will have a big impact on many partnerships — particularly hedge funds, private equity funds, and other investment partnerships. 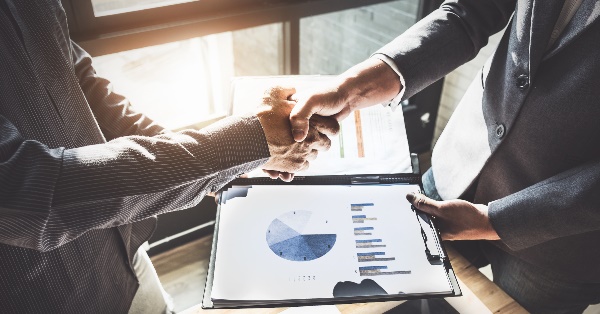 The new partnership audit rules are intended to shift many burdens associated with the audit process from the IRS to partnerships, which will likely result in a significant increase in the number of partnership audits. In addition, by allowing the IRS to audit and collect tax from partnerships at the entity level, the new rules will, in some cases, create unwelcome economic outcomes for investors. However, there are steps partnerships can take to mitigate such outcomes.

Current partnership audit rules were established under the Tax Equity and Fiscal Responsibility Act of 1982 (TEFRA). Under these rules, which apply to all partnerships with more than 10 partners (all of which are either individuals, estates of deceased partners, or C corporations), the IRS assesses and collects tax at the individual partner level. Although current law provides simplified audit procedures for “electing large partnerships” (those with 100 or more partners), very few partnerships make the election.

Not surprisingly, the need to assess audit adjustments against individual partners places a significant administrative burden on the IRS, especially when large partnerships are involved. According to the Government Accountability Office (GAO), in 2014 the IRS audited less than 1% of 2012 income tax returns filed by partnerships with more than $100 million in assets. In contrast, the audit rate for large C corporations — for which tax is assessed and collected at the entity level — was more than 27%.

The new partnership audit rules are designed to streamline the audit process and increase the number of audits by allowing the IRS to assess and collect taxes, penalties, and interest at the partnership level.

Under the new rules, when the IRS audits a partnership, it will determine any adjustments to the partnership’s items of income, gain, loss, deduction, or credit (and to partners’ distributive shares of those items) and assess any additional taxes (plus interest and penalties) at the partnership level. The partnership’s tax liability is determined by multiplying the net adjustment by the highest marginal individual federal income tax rate for the year under review (currently, 39.6%).

Although the new rules make the audit process easier for the IRS, they potentially create inequitable results for partnerships and their partners. For example:

Also, the new rules replace the “tax matters partner” with a “partnership representative.” The representative doesn’t have to be a partner, but must have a substantial U.S. presence. This representative will have broad authority to bind the partnership and its partners in dealings with the IRS. Once the new rules take effect, partners will lose their statutory rights to receive notices regarding audit proceedings or to participate in them.

Partnerships that are subject to the new rules may be able to mitigate their effects by requiring those investors who were partners during the year under review file amended returns for that year and pay their share of any tax deficiency.  Additionally, the partnership may reduce the imputed underpayment by demonstrating that a portion of the adjustment is allocable to:

Partnerships may also want to make an election (within 45 days after the audit is complete) to provide its partners who were partners during the year under review with adjusted K-1s reporting their allocable share of any partnership-level audit adjustments.  These partners would be assessed additional tax plus penalties (interest rate would be 2% higher than the regular underpayment rate). The partnership needs to furnish the IRS with a statement that details each partner’s share of the audit adjustments.

Although the new partnership audit rules don’t take effect until after Dec. 31, 2017, you should begin reviewing the changes now to assess their potential impact, keeping in mind that new regulations may clarify or even change these rules.

Once you’ve developed a strategy for addressing the new partnership audit rules, you’ll need to amend your operating agreements, offering memoranda, subscription agreements, and other fund documents to ensure that appropriate actions are taken and that the potential impact of the new rules is disclosed to investors.

For assistance with what can be a complicated process, please contact your Untracht Early advisor.

Why Would a Financial Review be Chosen Instead of an Audit?
Is an Accountant’s Compilation Report Necessary?
Accredited Investor: SEC Committee Calls for Revised Definition
Does Your Company Need a 401k Plan Audit?
New Revenue Recognition Standard: How Private Companies Can Learn From Their Public Peers
The Volcker Rule: Impact on Fund Managers
Deconstructing Hedge Fund Schedule K1s for Individuals
How Shadow Accounting Sheds Light on Hedge Fund Investments
0 replies

Treasury, HHS Plan Outreach To Taxpayers About ACA Requirements This Filing... The Benefits of Not Claiming Your Child as a Dependent
Scroll to top