Expense and Loss Deductibility for Trader and Investor Funds 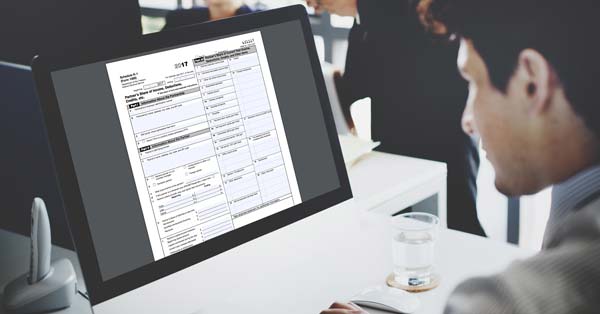 I once received the following question from an investor in a hedge fund:

“I invested in a hedge fund and received a Schedule K-1 (“K-1”) for the 2017 tax year. My accountant is saying that expenses reflected on the K-1 are not deductible and the losses are not deductible losses. My tax is so high from the income generated from this Schedule K-1. Is it correct that I can only pick up income but no losses and expenses?”

The answer to that question is a two parter. The first part focuses on the expenses, while the second part addresses the losses. You’ll be surprised to find out why it’s important to understand the tax rules so that you can make a sound investment decision at the end.

Can I Deduct the Expenses from Schedule K-1?

Unfortunately, the answer isn’t straightforward. In order to answer this question, we first need to understand whether the investor received the Schedule K-1 from a trader fund or an investor fund.

Expenses from a Trader Fund

If the investor received the K-1 from a trader fund (normally reflected in Box 13 – Code W, Box 1 or Box 11 – Code F), your expenses are “above-the-line” expenses that reduce your Adjusted Gross Income (“AGI”). Such expenses could also reduce State and Local income taxes because many states calculate taxable income starting with Federal AGI. However, it’s important to note that interest expense for a non-material participant in a trader fund would be limited to net investment income.

Interest expense for someone who materially participates in a trader fund is not subject to the investment interest limitation. However, effective for tax years beginning January 1, 2018, the interest expense for the material participant in a trader fund could be limited to 30% of the business’ adjusted taxable income under the Tax Cuts and Jobs Act of 2017 (“TCJA”).

Expenses from an Investor Fund

How Can I Identify Whether the Schedule K-1 is from a Trader Fund or an Investor Fund?

Since there’s no clear guidance as to where to report income and expense from a trader fund or an investor fund on a Schedule K-1, different accounting firms utilize different presentations when it comes to reporting these items. The following are general ideas as to where each item would have been reported on the 2017 Schedule K-1. (We’re expecting that the 2018 Schedule K-1 will look different than 2017 due to the TCJA changes.)

In some instances, if you invested in a fund of funds investment vehicle that invested in other hedge funds – you could receive a K-1 with a mixture of a trader fund and an investor fund.

Additionally, funds may indicate in the cover letter or a footnote to the K-1 whether they’re trader funds or investor funds.

In general, a taxpayer has engaged in a passive activity if the activity: (1) involves the conduct of a trade or business in which the taxpayer doesn’t materially participate for the tax year or (2) is a rental activity, regardless of the extent of the taxpayer’s participation in the activity.

A trader fund is engaged in a trade or business, so if you received a K-1 from a trader fund as a limited partner (that is, non-materially participating), you may automatically think that the income and loss from such a K-1 is passive. However, Congress enacted a Treasury Regulation for a trader fund to make sure that income or losses from a trader wouldn’t be considered as passive.

You may find the following footnote in your Schedule K-1 stating that “None of the distributive share items reported on Schedule K-1 are considered as derived from a passive activity pursuant to Treasury Regulation Section 1.469-1T(e)(6) except for income from rental activities or investment in publicly traded partnerships.” This footnote is another clue that your K-1 is from a trader fund.

Please keep in mind that the 2018 tax year may be very different in terms of taking losses from partnership investments. Under the TCJA, excess business loss attributable to trades or business of a taxpayer will be limited if such loss is over the aggregate gross income threshold amount ($500,000 for married taxpayers filing jointly; $250,000 for all other taxpayers). The $500,000 loss limitation applies after the application on the limitation of passive losses. This limitation applies at the partner level and this is another limitation that you need to consider in addition to tax basis, at-risk, passive loss limitations, and capital loss limitations, going forward. The excess business loss is treated as a net operating loss (“NOL”) carryover to the following year (subject to 80% of taxable income limitation).

We’ve discussed a small sample of circumstances here. There are many other variations to presentations on the K-1 and the effect to your individual taxes. Additionally, with all the changes to the tax law for 2018, there are still many unanswered questions and we hope that guidance will be forthcoming from the IRS.

As we discussed in the beginning, it’s important to understand the tax rules so that you can make a sound investment decision. If you don’t understand your K-1, reach out to your accountants and ask them to explain the reasoning so that you don’t have any doubts about the accuracy of the reporting.