#BoringNotBoring – How Accounting Chose Me

For the better part of my life, I considered myself to be boring. I preferred to curl up on the couch and binge-watch a TV series I’d already memorized than to go out dancing to remixes of songs I barely enjoyed the original of. Most of my nail polishes were in the “hardly noticeable” color family. I was vastly more interested in an A+ than anything XXX. If I had an addiction to anything, it was sold legally, at JoAnn Fabric and Craft Stores, and was available by the yard. I could go on, but I think you get the idea.

So, naturally, when it was time to choose a college major, the obvious choice was Accounting. But that wasn’t the obvious choice I initially made. My first choice was Documentary Studies, and there was a school in Maine I was particularly interested in, which I’d learned about through one of my favorite podcasts at the time, “This American Life.” I don’t even think it was called a podcast back then, and if that gives any hint at my age, then so be it. While the program in Maine sounded attractive, so did attending a commuter school, being the homebody that I was, and so I attended community college, enrolling in a journalism class and a TV production class. It was the closest I could get to Documentary Studies. In short, I ended up hating journalism and the price tag of production equipment, but somewhere along the way I picked up a love for designing and sewing handbags. So much so, that I considered applying to the Fashion Institute of Technology’s Accessories Design Program. The program included not only handbag design, but also belt and shoe design. I wasn’t really interested in either of those (although if I was, I’d probably end up designing shoes that look like pandas and foxes, and those already exist!), but it wasn’t enough of a deterrent to turn me off to the program. I actually took time off from school to make my handbags and build a portfolio in the hopes of applying to FIT. For hours I’d work uninterrupted, and wondered why people couldn’t understand why this was more important to me than going out and having a life. 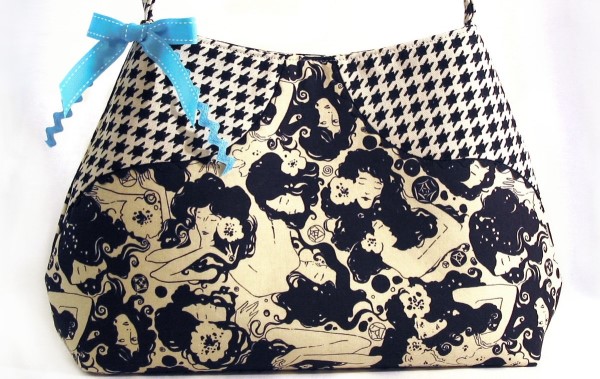 I’ve had to tell this part of my story many times, because on job interviews they always ask, “Why did you choose accounting,” and it’s admittedly hard to get from handbags to debits and credits. What I don’t think I ever admitted on these job interviews is that what *really* put me on the path from Accessories Design to Accounting was my fear of failure. I wasn’t going to be the next big name in design. I was boring, remember. My handbag line was named “Stealth Girl,” which was a nickname given to me because of how light my footsteps were. People who make it big aren’t typically nicknamed with a synonym for “invisible.” What I *would* say on job interviews is that I was drawn to the business side of my handbag “business.” Which was true, I was. I went back to school and enrolled in business classes. I would daydream about being a good boss, bringing in Italian pastries for my employees and making fun playlists for the office. But in my daydream, these employees were sewing handbags. My dream did not yet involve accounting…

…Until one fateful night, when I was sitting on the couch reading the first chapter of my Intro to Accounting book. I remember…liking it. It made sense. Granted, it was the first chapter. But I kept reading, I did the assignments, I took the exams, and when I would tell other people that I liked my accounting class, their reaction was always, “Oh, I hated accounting; I was terrible at it.” Which got me thinking, “Hmm… I’m *not* terrible at it, and I don’t hate it… I also have yet to come up with an idea to write a documentary about, I can’t afford to buy production equipment, and I only have one original handbag design in my portfolio.” Also, I know no one wants to give this as a reason on job interviews, but an accountant’s salary is quite dependable. That certainly appealed to my boring side.

But, public accounting hasn’t been the boring job I’d hoped it would be. I don’t sit in a cubicle adding up columns of numbers all day, wearing a green visor, minding my own business. I get to interact with over a hundred different people at my firm, and work on teams with some of the nicest and funniest people I’ve ever met. I get to live out my “good boss” daydream by giving out stickers for a job well done to the staff I work with. I get to organize bake sales and volunteer with different organizations that I otherwise wouldn’t have learned about, such as Dress For Success, Family Promise, and Junior Achievement. I get forced out of my comfort zone by giving speeches, trainings, conducting interviews and attending networking events. I even got to wear my panda shoes to work, until they got too scuffed up from frequent wear.

So, maybe I’m not as boring as I thought I was. Maybe accounting…cured me? No, wait. I just remembered how excited I get whenever I learn a set of financial statements needs proofreading. I definitely picked the right profession.