Decoding the Concepts of Blockchain and Cryptocurrency

Does hearing or reading about terms such as blockchain and cryptocurrency make your head spin?  If so, you are certainly not alone. These hot topics have been mentioned across all media outlets and are impacting many industries. However, much of the current commotion is about the various types of cryptocurrencies out there such as Bitcoin, Litecoin, Ethereum, Ripple, and others. The amount of different types of cryptocurrencies are multiplying rapidly, which adds extra chaos to an already head-spinning topic. Here’s a high-level explanation to help simplify the landscape and make it a little bit more understandable. 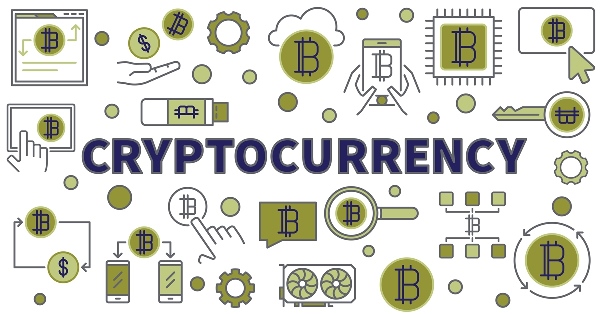 Let’s begin our journey with cryptocurrency, a digital currency that contains an encrypted string of data. This encrypted string of data generally includes a transaction that consists of cryptocurrency units for transfer and the parties involved, all of which are kept anonymous. Because the encryption isn’t secured by people, but by math, it a) makes it improbable that the encryption would be able to be compromised and b) permits the cryptocurrency to be free from regulatory oversight.

The next stop on this ride is blockchain, a digital shared ledger that tracks online transactions. Blockchain technology makes it possible for transactions to be confirmed between participants without the need for a central, certifying authority. The creation of blockchain allowed for the existence of cryptocurrencies.

How Does Blockchain Work?

It’s complicated. In a nutshell it basically works by using known algorithms to validate transactions and get global consensus from all those who can see the chain before the block is added to the previous block in the chain through a peer-to-peer network of computers (known as nodes). Therefore, once a transaction is verified, it becomes a new block of data in the chain thereby continuing the blockchain. This blockchain is permanent and can’t be altered, removed, or reversed.

Of course the topic on most people’s minds these days is some of the types of cryptocurrencies that are circulating – the most notable of which is Bitcoin. Bitcoin was the first and is currently the largest and seemingly most popular type of cryptocurrency out there. While cryptocurrencies may vary in several different ways, all are a form of digital currency, and no single party controls the data.  A few other popular cryptocurrencies include:

The best analogy that I’ve come across while researching cryptocurrencies is the comparison to the dotcom boom and bust that occurred in the late 1990s/early 2000s. There were some companies that survived, performed well, and made their investors very wealthy, but there were many more companies that didn’t survive and a much larger number of investors who actually lost money.

Like the dotcoms, it’s unlikely that many of the cryptocurrencies will survive the test of time. In fact, the future of digital currency may hinge on a cryptocurrency that hasn’t even been developed yet. Additionally, as with the Internet in the dotcom bust, there’s a good chance that the real game changer in the future of business and technology will be the blockchain. However, only time will tell so in the meantime, buckle up and keep reading about this ever-changing topic so you can be prepared for wherever this road ends!

For additional information on these topics, please feel free contact me.